10 Top-Ranked Universities To Study In Australia 2023 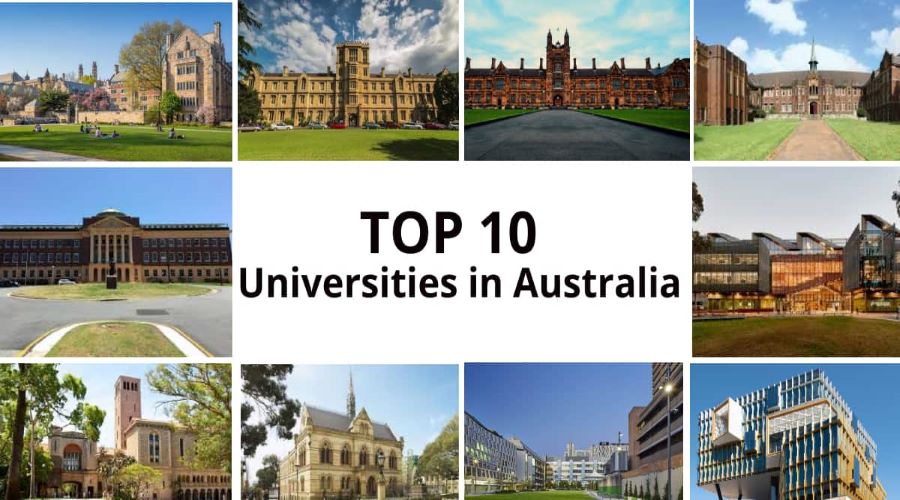 When one considers studying abroad in Australia, a picture of a kangaroo immediately comes to mind. Coral reefs, gorgeous sandy beaches, and a variety of spooky fauna are all found on the continent cum country, though! However, as prospective study abroad students, they are secondary considerations. The most crucial thing for them is to find an excellent institution or university. When it comes to higher education, the nation’s educational brilliance is on par with the previously mentioned natural beauty. Australia has 43 universities, according to the best study abroad consultants in Delhi. Each year, over 38 Australian universities are among those that appear in the world rankings.

Moreover, Australia, as a study abroad destination, is a wonderful country for people contemplating it. Australia is renowned for housing prestigious, well-known worldwide higher education institutions that accept students from around the world. The leading study abroad consultants have created a list of the top 10 Australian institutions for admissions. Which one is the best for you? Let’s find out!

Best Universities To Study At

The University of Sydney, founded in 1850, is placed fourth in the QS rankings for employability and 41st for being the top institution in the world. A significant number of people attend this public higher education school. The university manages a volume of over 40,000 admissions each year. This shows that the university is a reputable institution for delivering education.

The University of New South Wales is one of Australia’s oldest study-abroad institutions. According to study abroad consultants Guwahati, this public university in Sydney is one of the finest places to study abroad. The Australian Department of Education and Training gave it its formal approval. Additionally, the University of New South Wales was one of the original members of the Group of Eight. This esteemed alliance of Australian universities focusing on research offers students degree options that are both practical and research-oriented.

The Australian National University is a famous public university in the small city of Canberra. Canberra is a smaller city that provides an excellent study abroad opportunity. The university’s location in Australia’s capital territory has its advantages. The prospects there will astound you once you arrive. Australia boasts one of the greatest marks for research effect in the nation, according to the report by the study abroad consultants in Delhi.

The University of Melbourne is one of Australia’s most populous cities. Admissions are relatively easy to obtain because the University of Melbourne boasts several institutional achievements. The study abroad student ratios at the university are similarly favorable, indicating that it has a diversified student body. According to study abroad advisers, roughly 40% of its students are from non-native communities.

This university has two campuses outside Australia, South Africa, and Malaysia. It has five campuses in Victoria but is mostly based in Melbourne. Therefore, accessing Australian education without flying there is also an option.

According to the finest study abroad advisers, this Australian university provides superior higher education to study abroad students. It also has campuses in Ipswich and Gatton. The university has become well-known for its cutting-edge recent research discoveries, including the cervical cancer vaccine.

If you want to study engineering, this is the place to be. The study abroad counselors can vouch for its research culture and innovativeness. Furthermore, this location might provide a competitive pricing structure among all the study abroad possibilities for technological education.

The University of Adelaide is known for its innovations, which have attracted many international students to its campus. Its research has been honored by Excellence in Research Australia (ERA). This is a good college with a low enrollment ratio. It suggests that there will be a low teacher-to-student ratio, which will benefit the students.

Aside from the institutions mentioned above, this university is also known for attracting the most talented students worldwide.

According to study abroad consultants, the University Of New Castle provides an excellent educational environment for overseas students. Furthermore, the high enrollment percentages ensure that the university is well-appreciated among study abroad seekers.

Choosing the appropriate institution for your future is critical. Therefore, Admissify, the leading study abroad consultant in Delhi, has created a suitable list. It consists of the fees, courses, scholarships, institutions, and other relevant information. To view them all, go to the website admissify.com.

How to Find Scholarships to Study Abroad

Plans to study abroad? Scholarships by Indian govt. for students planning to study in foreign universities