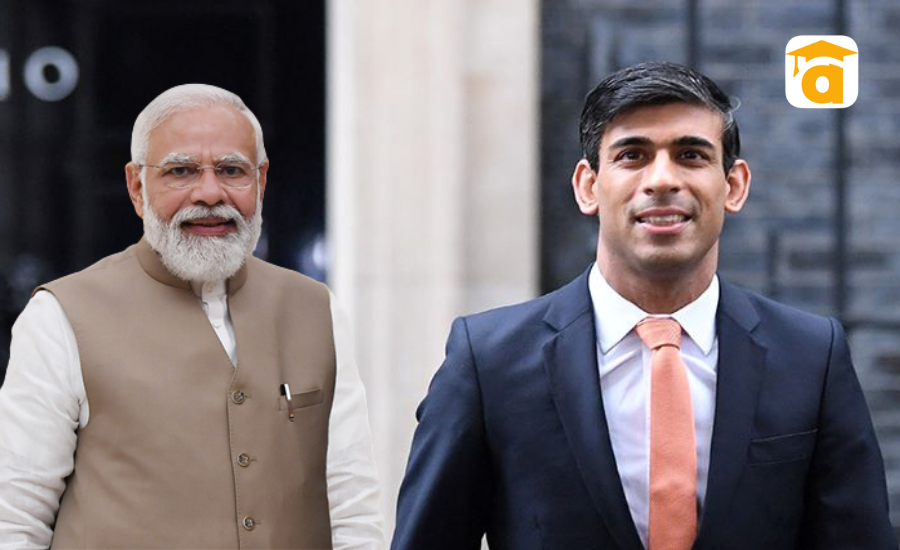 Earlier in the week, the great leaders of G20 countries came together for the 17th edition of the summit in Bali, Indonesia. The national senates opened conversations on international cooperation and other major issues. The summit was also eventful because Prime minister Narender Modi and Rishi Sunak officially met for the first time after he assumed his position as the Prime minister of the United Kingdom. The meeting concluded with a positive response from both leaders as is evident through their statements post-conversation.

Prime minister Narender Modi acknowledged through a tweet that the two discussed ways to increase commercial ties, on the scope of the security cooperation in the context of India’s defense reforms, and make people-to-people ties even stronger. The last part of this statement is related to the UK-India young professional scheme announced soon after by the 10DowningStreet, the official account of the UK prime minister’s office. The tweet stated, “Today the UK-India Young Professionals Scheme was confirmed, offering 3,000 places to 18- 30-year-old degree educated Indian nationals to come to the UK to live and work for up to two years.”

The United Kingdom has been facing a shortage of skilled labor in industries like hospitality, manufacturing, and construction. The scheme has been announced not only to tackle this problem but also to reinforce the cultural and economic ties between the two nations. India has been a worthy ally to the country and as mentioned on the official website of the UK government India has an investment in the UK that directly supports some 95,000 jobs across the country. Also, it has been highlighted that the UK has more links with India than almost any country in the Indo-Pacific region. This may be the reason that announcement by the UK government made India the first visa national country to get benefitted from such a scheme in the UK.

Rishi Sunak too voiced a reciprocate impression stating, “I know first-hand the incredible value of the deep cultural and historic ties we have with India. I am pleased that even more of India’s brightest young people will now have the opportunity to experience all that life in the UK has to offer – and vice-versa – making our economies and societies richer.”

The scheme is believed to strengthen the united kingdom’s ties in the Indo-Pacific region, especially in the aspect of strengthening economies and security collaborations. The tweet is a celebratory declaration and more information and detailed guidelines are yet to be announced by the government on the official website. Our study-abroad consultants in Delhi will keep you updated on more News. The scheme is implied to be a part of the exclusive Migration and Mobility Partnership between the two countries that was agreed upon the last year. The alliance is a landmark Memorandum of Understanding signed between the UK and India in May 2021. It also addresses the issues of immigration offenders. It is expected that the reciprocal route will open for the visa-seeker in the coming year.

The huge population of trained professionals in the country are eligible to apply for this scheme and will certainly avail the benefits from the scheme. It is also to be noted here that the two nations are currently in the process of negotiating a trade deal which if agreed on is said to be the first deal of its kind India will make with a European country. As mentioned on the official website of the UK government the deal would build on the UK-India trading relationship, already worth £24 billion.

It is only wise to assume that the relations between the two countries will only build up and will open a multitude of opportunities for Indians envisioning a future in a European country. If you’re one such individual, do contact our consultants in Delhi to plan out your abroad journey successfully.

MBA Vs MIM In Australia, For International Students

How To Deal With Bullying Or Racism While Studying Abroad?