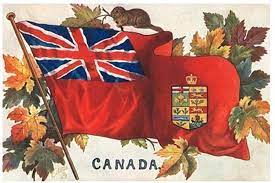 In a March 13 speech at Queenâ€™s University at Kingston, Ontario, Bank of Canada Governor  Stephen Poloz highlighted the role of immigrants in helping grow Canadaâ€™s economy. The head of Canadaâ€™s Central Bank said that immigration is critical in keeping Canadaâ€™s inflation low and balancing out Canadaâ€™s aging workforce.

â€œImmigrants have a key role to play in helping grow the Canadian economy and off-setting
the countryâ€™s growing shortage of skilled labourâ€, says Bank of Canada Governor Stephen Poloz.

â€œImmigration can help provide an important off-set, as can untapped sources of labour within our existing population.â€, Poloz said.

With Canadaâ€™s economy at an all time high, this rapid growth is translating into new jobs. However with the creation of new jobs come escalating job vacancies. This is due to the fact that employers are finding it hard to find workers with the right skill set. Data from Statistics Canada showed a whopping 4, 70,000 vacancies in the fall of 2017.

â€œNone of this highly desirable economic growth can happen unless there are people available
to fill the newly created jobs. A healthy, well-functioning labour market is critical.â€, he said.

â€œWe hear from business leaders that many of these vacancies are going unfilled because they
cannot find workers with the right skills,â€ he said.

To help this shortage, Poloz has a solution. The Bank of Canada boss is of the view that Canada needs to accelerate the integration of immigrants into the workforce. This will improve the labour participation rate
of the countryâ€™s youth, women and indigenous people.

To put things into perspective, integration of immigrants into the workforce could better Canadaâ€™s potential output by 1.5 percent resulting in 30 billion dollars.

â€œPut it all together, and it is not much of a stretch to imagine that Canadaâ€™s labour force
could expand by another half a million workers. This could increase Canadaâ€™s potential output by as much as 1.5 per cent, or about $30 billion per year.â€

Rapid developments in digital technology are also producing new demands for workers with requisite skills. The Governor believes ultimately Canada stands to benefit from these innovations and income generating jobs.

â€œNew applications are creating jobs that were unimaginable just years ago. Ten years ago, there were no Smartphone app developers, or cloud computing engineers or social media managers. These are exciting times. New opportunities, new technologies and new industries are all waiting right around the corner.â€, the Governor said.