The Big Difference Between IITs and MIT 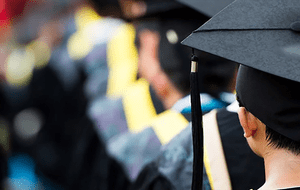 What Indian Education system can change to breed entrepreneurship and innovation?

Honestly, if we look at institutions like MIT and Stanford, the technology power houses of the US, the undergraduate students that are coming out really donâ€™t do any research. There could be a rare example of an undergraduate student who does any research. They are there to take classes and do projects; they are not there to do fundamental projects.

So, in that sense, IIT undergraduates are also not doing any fundamental research and for them what IIT means is an educational institution, not a research institution. Thatâ€™s true for undergrads at MIT and Stanford. It is when you look at the graduate programs, PHD programmes and faculty research, thatâ€™s where there is a big difference between what happens at MIT, Stanford, Princeton, and Harvard versus what happens at IITs and IIMs. As a research institution, IIT still has a long way to go.

While it is still early days, we see some good work coming out of IIT Bombay and also from the faculty research coming out of IIT Madras. But what makes MIT and Stanford such research power houses are that there are, of course, researches done by top researchers which then attract top students. So, itâ€™s like a cycle and in those terms, we have a long way to go in India.

In addition to that the teaching load is very low in universities like University of Maryland, MIT etc. So, a bulk of the facultyâ€™s time goes into research and not in teaching, whereas, at the IITs much greater percentage of teachersâ€™ time go into the classroom. So, you donâ€™t have that much time left for research.

How does an US university get away with light teaching load?

Because they are extremely well funded.Institutions like University of California, Berkeley are state funded, but many of the top institutions are private and they have alumni who give serious amount of funding. So that money enables this institution to, letâ€™s say, have faculty on light teaching load which means that the faculty to student ratio is very high. It makes it easier for them to then spend time on research. They also have the money for equipments and apps and things like that to facilitate research.

This is slowly beginning to happen in India and China too, but it will take time. IIT alumnus has done great works and many of them are in the US and are seriously rich now. And now many of them are beginning to give money back to Indian universities. This might not seem a big deal now, but this will definitely bring a huge change in the system.

Published on May 2, 2016 in Entrepreneur India

The Germany Admission Event of the Year