Should you consider Singapore as a Study Abroad Destination as an Indian Student? 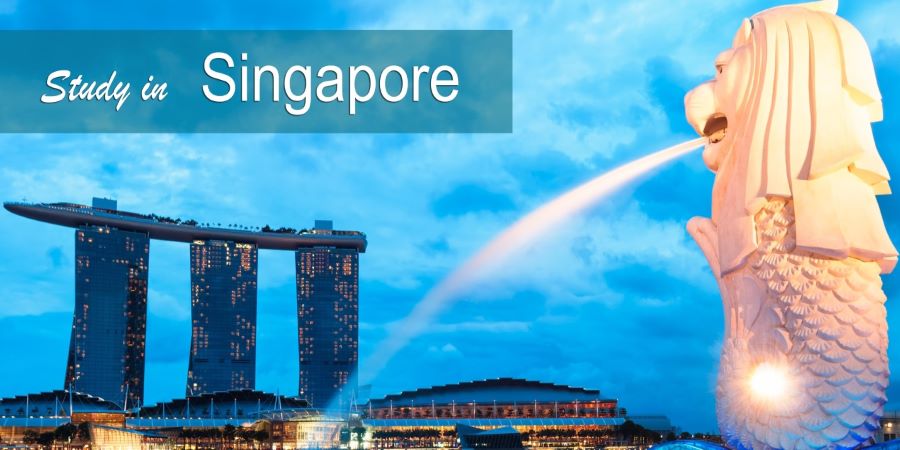 Singapore is both a city and a country while being a small island. This small island nation’s progress has been significantly aided by education, and Singapore’s government is still very focused on this area. Unsurprisingly, Singapore’s universities are among the top-ranked and most well regarded in the world, according to thorough research of the top study abroad consultants in Delhi. Although most are attracted to the university by its exceptional academic standing, others value its dedication to supporting aspiring entrepreneurs and change makers. Here are a few reasons to consider Singapore for an adventurous and ambitious study abroad journey that wants to extend its views and live life as an international student.

Studying abroad in Singapore is more affordable for tuition and housing costs. At least 30% less money is spent on housing and education in Singapore than in the US or the UK. Most colleges provide additional funds, including international student scholarships, and the tuition is reasonably affordable. Additionally, it offers financial aid once the course is finished, providing excellent facilities for overseas students to live in while they study there for years. Study abroad consultants have heard from numerous students on this. Singapore boasts one of the world’s most cost-effective public transportation networks, thanks to the importance of tourism in the city-state. Weekend trips are breathtaking here and are well within the means of students. Trains, planes, and boats are convenient for reaching nearby nations like Malaysia and Thailand.

Academic brilliance on a global scale

Singapore is known for its academic excellence in Southeast Asia and all across the world. The country’s education system is regarded as of the highest caliber and boasts highly competitive and advanced academic talent.

The Program for International Student Assessment test, which is administered by the Organization for Economic Co-operation and Development, has consistently recognized Singapore as the best-performing nation (OECD). Universities there have also achieved prominence on a global scale for their outstanding academic programs and cutting-edge research infrastructure. For instance, NUS has been voted the best higher education institution in Asia and # 11 in the world in the QS International University Rankings 2021. Unsurprisingly, many globally respected academics and intellectuals have been drawn here to teach and study.

According to the best overseas education consultants in Delhi, Singapore is a key industrial hub for avionics, microelectronics, ICT, medical products and biotechnology, creative industries, and professional services. In addition, Singapore is an important business center in Asia because of its impact, connectivity, and fusion of eastern and western cultures. It also has a friendly attitude toward international investment.

Singapore is home to several multinational corporations’ Asian and international R&D facilities. Facebook, LinkedIn, Dyson, and Tencent are recent examples, as well as more noteworthy ones. Students at NUS can benefit from this and take advantage of the routes available to them to network with top business figures. In addition, numerous courses at NUS allow students to participate in real-world industry projects or internships, expanding their access to new career options.

The cuisine of Singapore reflects the blending of many different civilizations. The one thing that will keep you rooted in this nation is food, of all things. Every cuisine is offered 24/7 at eateries, diners, and other venues.

Regarding its linguistic scenario, Singapore has four official languages: English, Chinese, Malay, and Tamil. English is the language most commonly spoken in both business and schools, making it simpler for those who want to study abroad to acclimate. One can learn about many cultures via daily encounters, and student life is fascinating here. Since Singapore is home to a sizable Southeast Asian population, so it has zero tolerance for bigotry and drug use.

Singapore has one of the lowest rates of crime in the world and is known for having tight enforcement of the law, which accounts for this. This is undeniably appealing to many overseas students. However, studying abroad may be stressful for international students and their families, so NUS has a security staff that monitors its campuses 24 hours a day, 365 days a year. Moreover, Singapore’s sociopolitical environment is generally stable. Most Singaporeans are tech aware and well-informed, and both government and commercial organizations follow strict procedures and are efficient. You will get this awareness from the best study abroad consultants in Delhi.

Now that you’re convinced of the benefits of studying abroad in Singapore, you should look into the numerous courses and universities. Admissify can do this for you. Admissify is one of the best Singapore education consultants in Delhi and has helped scores of people study and settle in Singapore.

Which Are The Top 10 Cities For International Students In World?

How does the day of an international Computer science student in Australia Look like?