The range of information imparted to the applicants by the overseas education consultants Germany.

Germany has been one of the top draws when it comes to international students to avail quality education at relatively affordable associated costs. The high living standards, the cutting edge infrastructure and the high levels of education make for a grea

Germany has been one of the top draws when it comes to international students to avail quality education at relatively affordable associated costs. 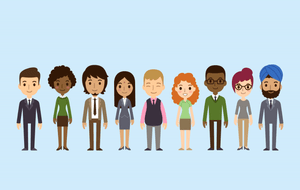 The high living standards, the cutting edge infrastructure and the high levels of education make for a great educational stint at Germany. Students from all over the globe have always been aspiring about the prospects of getting international standard education at the German universities. This is the realm where the overseas education consultants Germany come into the picture. The professional services of these consultants make the process of international admission of German soils an approachable reality with the best foot forward for the same.

The host of information which are a mandate in this respect are as follows:

Complete working level knowledge is an utmost necessity in the German universities. Though there are a huge number of courses which are taught in English, the major and most popular ones are still taught in the German language. Therefore one needs to acquire some basic levels of German language proficiency at least. The German proficiency works wonders in a variety of manners when one stays on the German soils. Shopping, daily day to day life, transportation, communication with peers and locals, each action requires certain degree of German, which is therefore a necessity for all who dream to stay in Germany for studies.

This particular database needs to be checked delicately to ensure the requirement of participation in a Studiousness. Thus, this basically evaluates the extent to which the foreign degrees would be analysed and henceforth evaluated in the German standards. These evaluations are often of prime importance as these ultimately determine the excellence the candidate would achieve in his core domain of expertise and the job prospects according to the German standards.

In general terms, a minimum scoring of around 6 to 7 is necessary by most German universities for IELTS and 80 to 90 for TOEFL. However, this might vary depending on the nature of the university rank and also the nature of course the applicant has opted for. These facts are generally completely explained in the websites of the relevant universities. A GRE score exceeding 300 is a general ask for the German universities in this regard. MBA courses at Germany require GMAT score of over 600 to 700. A great GMAT score might result in lowering of the tuition fees in many universities.

Management courses like MBA do require a minimum experience of about one to three years. However, this is not mandatory for most of the other courses which are non managerial in their core approach.

The best universities to choose from:

Expenditure in a nutshell:

Germany as a whole is an economically expensive page to look for. However, the expenditure when it comes to availing education is not that high due to a variety of reasons. These reasons are:

Thus a student can easily make do with 200 to 450 euro at a smaller apartment with a shared or singular occupancy. The health insurance comes cheap at 90 euro, with cheaper connectivity at 40 euro. Food and public transport also come relatively cheaper if one exercises caution on the same and is best rated around 150 euro. This signifies an expenditure sum of about 600 to 800 euro per student, depending on the city the student lives in. These parameters are being rationalized on part of the overseas education consultants germany and lends the applicants with a clear idea of whatâ€™s in store once one lands on German soils. To sum it up, Germany offers a great deal of educational prowess to all who ask for it and carves a niche for the applicant in the long term in the international arena.

THE BEST POSSIBLE IMPACTS OF AN ABROAD STUDY SCHOLARSHIP ON STUDENTS